Manual
Lara Croft Tomb Raider: Legend Mobile is a third person action/adventure game starring the world famous archaeologist Lara Croft. The game is an adaptation to the mobile phone format of the console version of the game, featuring a compressed storyline across three levels of the console version. The level layouts and game mechanics, as well as the game’s control scheme, are designed from the ground up for the mobile medium.
The player’s primary objective is to complete each of the levels in the game, with each level having its own specific goals. Completing each level allows the player to progress in the game: opening up the next level and unfolding more of the game’s story.
In addition, the player also has the objective of obtaining as high a score as possible when completing each level. This opens up an extra layer of challenge to the player and adds to the re-playability of the game by allowing her to compete against her highest score in each of the levels of the game.

The game puts the player in control of the adventurous and sexy Lara Croft. It takes place in the universe of TR: Legend, across three of the levels found in the console version of the game:

The levels selected present three contrasting environments (modern skyline vs. ancient tomb) to give the player an increased feeling of diversity in the game.
Overall, the game intends to be a mobile translation of the console game. The key level characteristics and most of the main plot points have been maintained, while the actual tasks and game dynamics have been designed from the ground up for the mobile environment with its user input limitations.

The game is controlled using the 4-way controller and 1 action button.

The functionality of the action button is context sensitive. This makes it possible to only have one action button while letting the player perform multiple different actions at different stages of the game.
Additionally, the action button has two methods of input: normal press and long press. Also, the directional buttons have two methods of input: normal press and double press.
This system allows for controls that fit mobile phones, making each gameplay action entertaining, easy-to-learn and addictive, for a better overall mobile gaming experience. 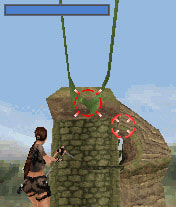 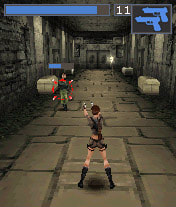 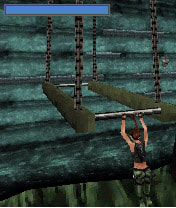 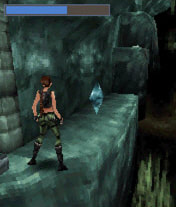 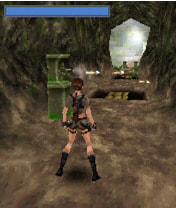 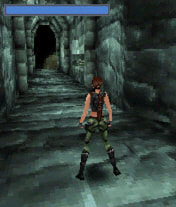 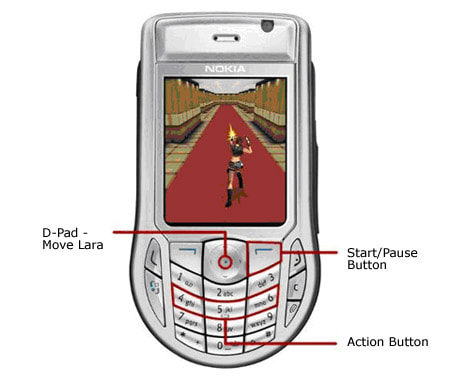