Talenthouse.com hosted the chance for fans to create a movie poster, which if chosen, would be used to help promote the official movie. The competition began on 16th January 2018 and ran until 12th February 2018, where five artists were chosen. The winners were: Sergio Murrieta, Edz Gatdula, Reza Maulana, Camille Pelletier and Moses Ruperto. ​The winners received $2,000 each and two winners had their art depicted in a mural installation.

20 pieces by Mexican artists were featured in a Tomb Raider fan art exhibit around the red carpet of the Mexican premiere.
The Winners: 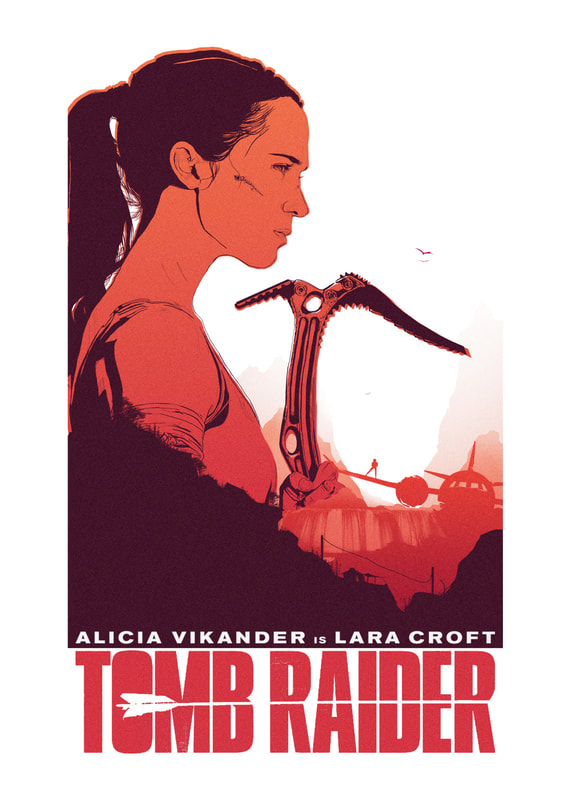 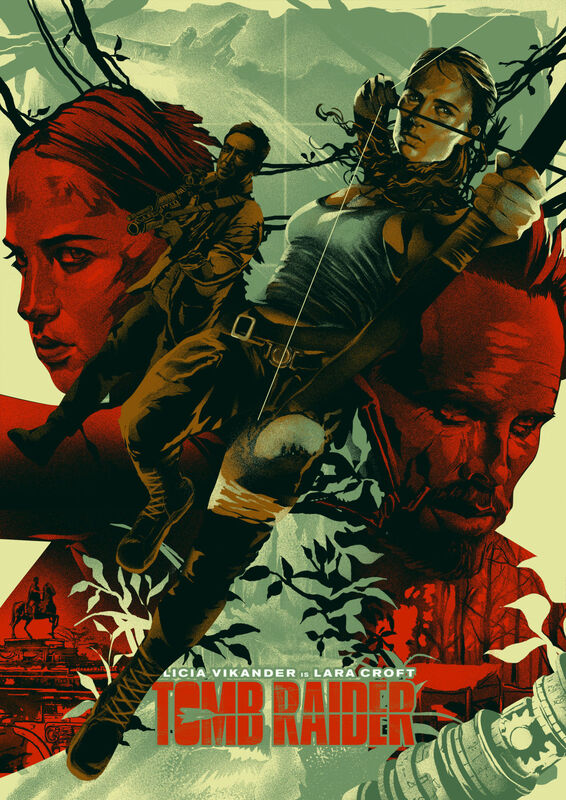 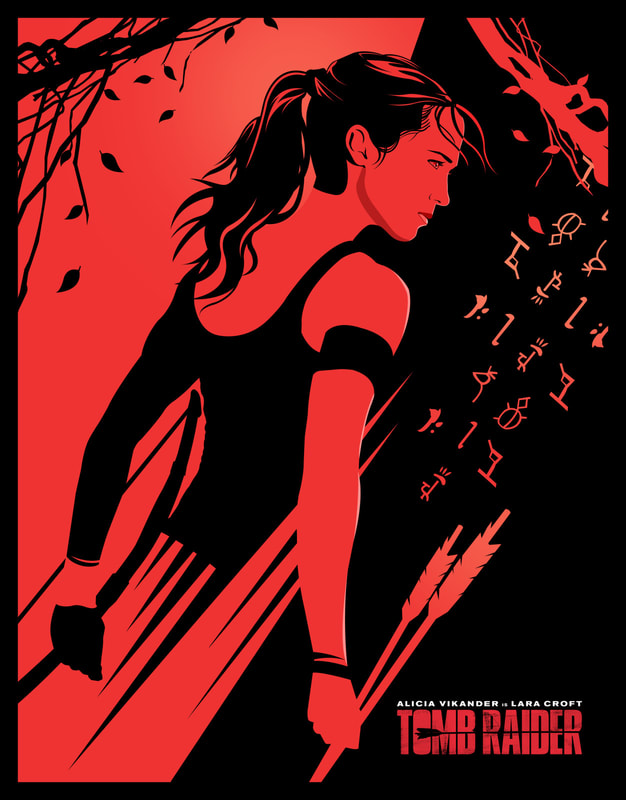 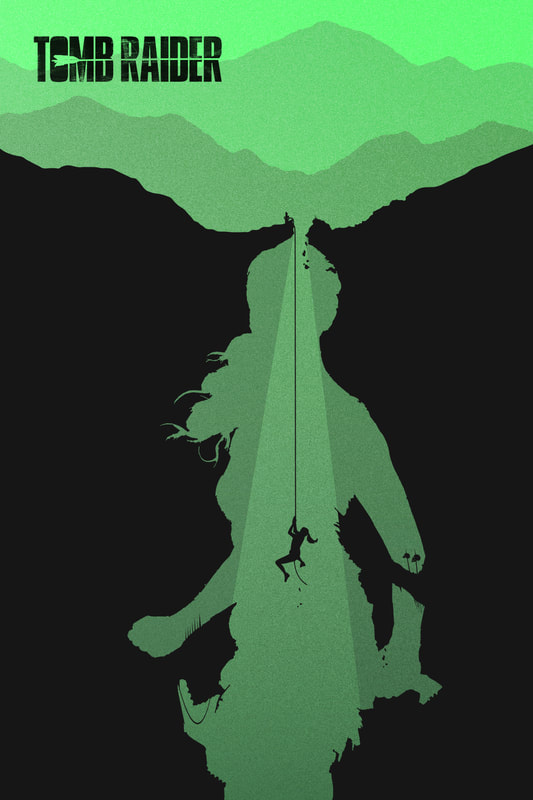 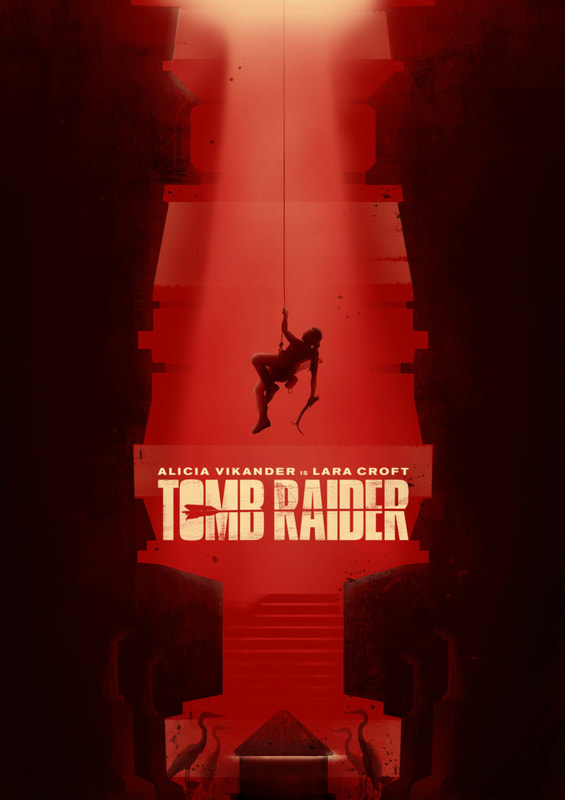 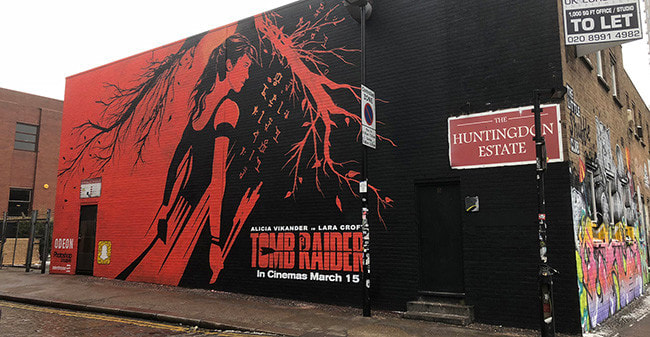 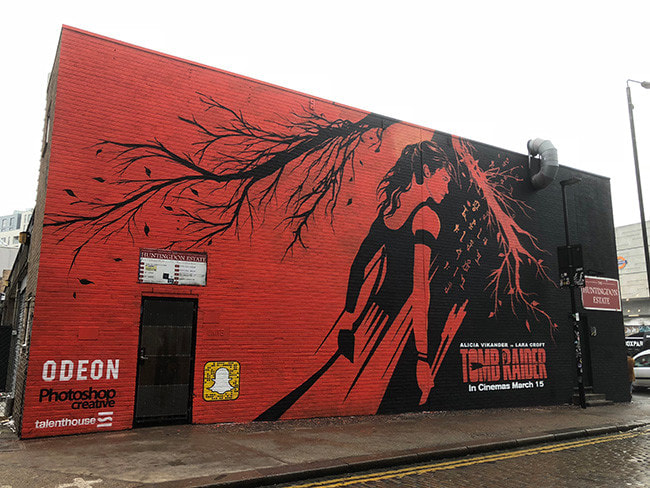 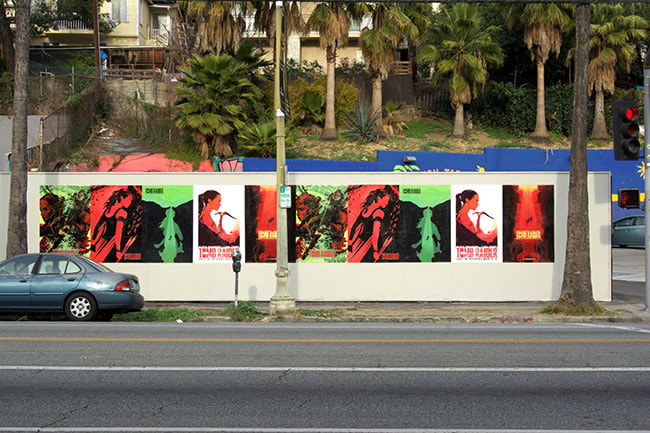 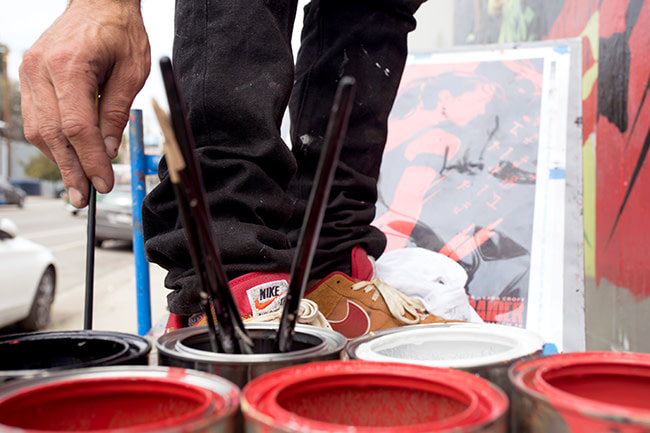 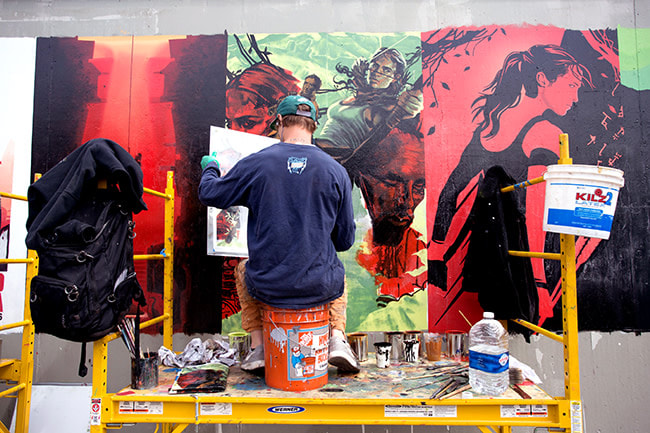 Official Website (Now Redirects)
The Escape Room’s location is being kept under wraps, for now, but organizers have revealed that it is an arrow’s shot away from some of the film’s locations, including Brick Lane and the Nomadic Gardens, which bring to life Lara’s origins as an East London bike courier before her adventures begin.

Spanning over three floors and 1,500 square feet, the Escape Room combines ancient puzzles and the latest technology with physical obstacles, immersive theatre, and cutting-edge sound, lighting and special effects – culminating in an explosive, adrenaline-pumping and unforgettable finale'.
Produced by NVE Experience Agency for Warner Bros in 2018, fans had to hunt for clues inside the Croft Manor crypt, Richard Croft's office, and the Devil’s Sea to unlock secret documents leading to a treacherous island adventure. Players had to use props and solve mysteries based on the film.

As a reward for completing the Escape Room, players were given customised passports.

The experience was originally to run for one week only however due to the popularity, it was extended for another week, 18 days in total, entertaining 1305 players and 113 ideal press attendees.