Of course, the history of the level editor begins with the very original software, the 'Room Editor'. It was Gavin Rummery who helped program a tool which allowed the level designers to create 3D worlds using a grid system, where squares are raised and lowered to create boundaries or architecture. In 2000, an official level editor was released with PC copies of Tomb Raider Chronicles, the last game in the series to make use of this type of engine. A manual was produced by the Gold level creators Gary LaRochelle and Rebecca Shearin. But the idea of a level editor dates much earlier.

For fans who were familiar with Quake (1996), Duke Nukem 3D (1996) and other games which offered out a level editor, they wanted to create their own worlds for Lara to explore but couldn't understand why Core Design and Eidos Interactive never released a proper level editor. After contacting them and receiving a 'no' in response, fans took it into their own hands to find a way to make their own. This didn't always go so smoothly.
1997:
1998:
1998 saw an increase in interest, in fact, quite a few projects pop up, including various sound and texture extractor tools. Often, these extractor tools are the beginnings of editors.

FastByte's project began in the second half of 1998, with research into file formats and rendering, with help from fellow project creators Anthony Sims and Pat McComack. ​By the 11th of October, Fastbyte was able to release a basic viewer tool, allowing fans to view the levels. Check out his website [Cape Canaveral] to see his progress on both the viewer and the level editor. We'll come back to Fastbyte's level editor in the next year.

​Anthony Sims took on the work of Pat McCormack and put on his [website] the work of understanding Tomb Raider 1's PHD file. It seems that this is as far as he got.

Loren Petrich's 'Data Raider' is another extractor tool, which at the time could extract 8 bit and 16 bit textures either as separate tiles or as one strip but there were plans to export geometric objects and even Lara. However, we've been unable to find any further progress.

G3 Power began working on 'MacMyLaraUp', a Tomb Raider 2 level editor for Apple Mac. There is very little information and no website.

A fan called Chris faced the legal wrath of Core Design in 1998, being demanded to cease work on his Level Editor project. Sadly we've not been able to find any work on his level editor but his [website], the correspondents with Susie Hamilton and his issue with owning the website tombraider.net can still be read on Web Archive. What's interesting is how others didn't receive a Cease and Desist letter, but it emphasises the risk that fans were willing to face, just to get a Level Editor. Chris' troubles were widely felt and reported across the Tomb Raider community with many sites such as Tomb Raider Sanctuary reporting on how damaging this was on the fandom but were sympathetic to Eidos for protecting their property.
1999:
The year where progress was made.

Around January 1999, Fans Eep and Loren Petrich got in contact with Core Design and Eidos, asking for the level editor. They had managed to get a promising reply from Susie Hamilton, where she said that "We've been talking about the editor again this morning... We would love to give something back to the TR community." You can read a little more [here]. ​

On the 12th of February, Fastbyte announced on his website that he had been hard at work. His program was now called 'TEdit' and it could load, modify and save TR level files but only on a one room basis and it couldn't work with textures. He uploaded imagery of his work (see below). 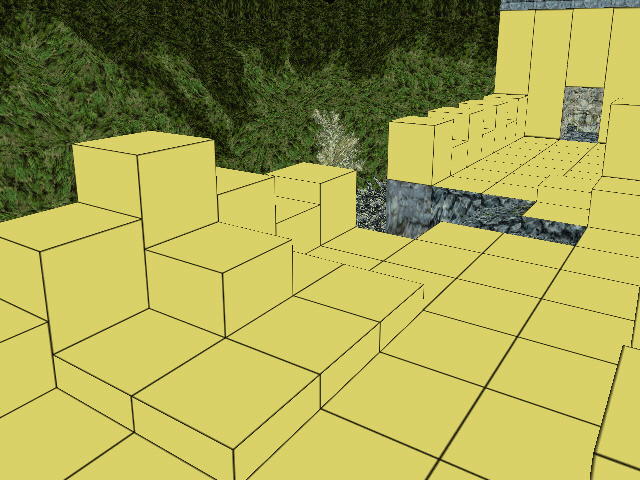 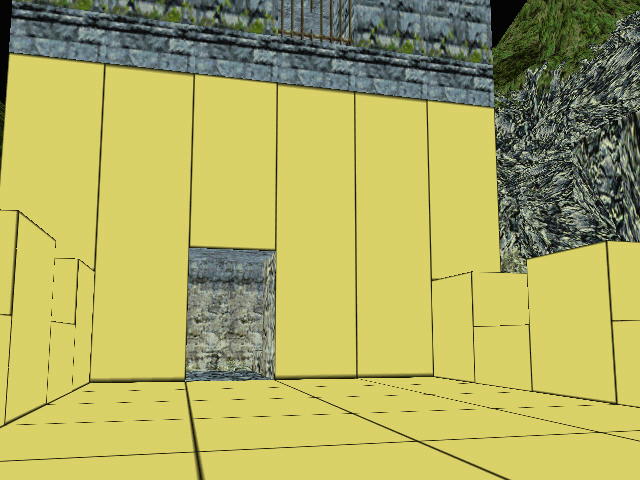 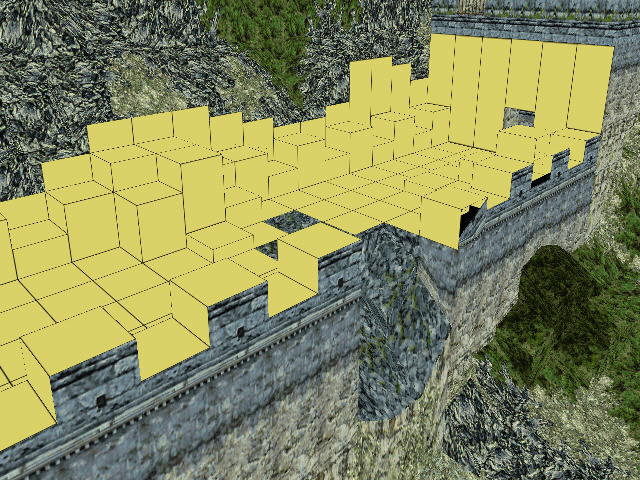 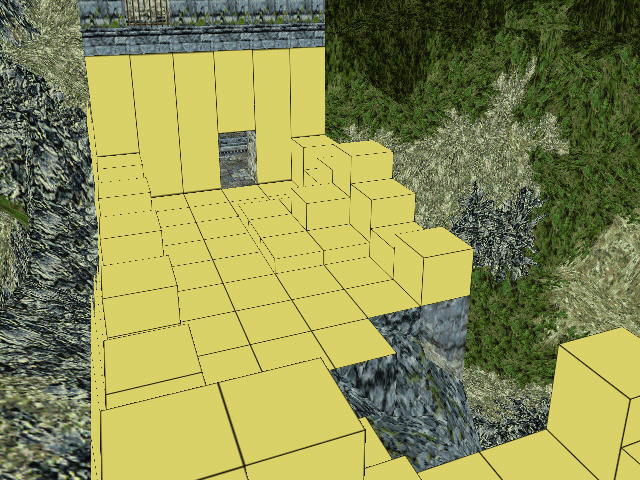 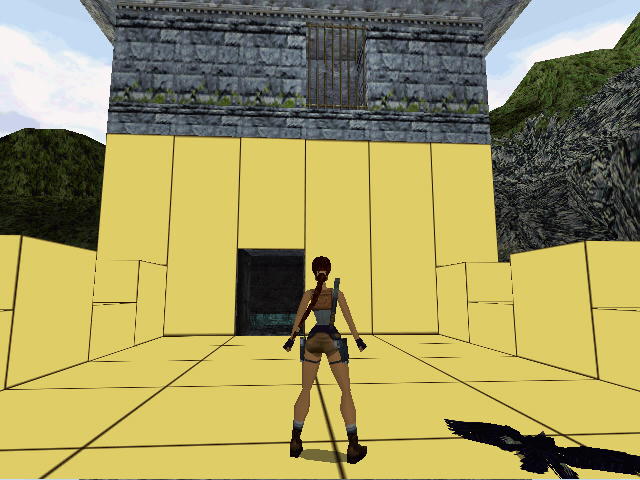 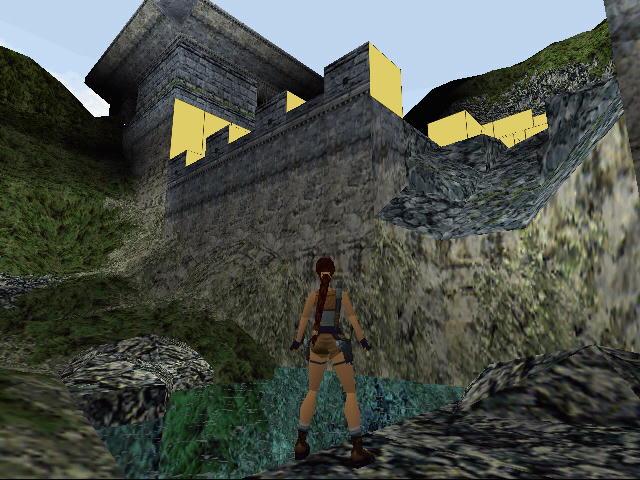 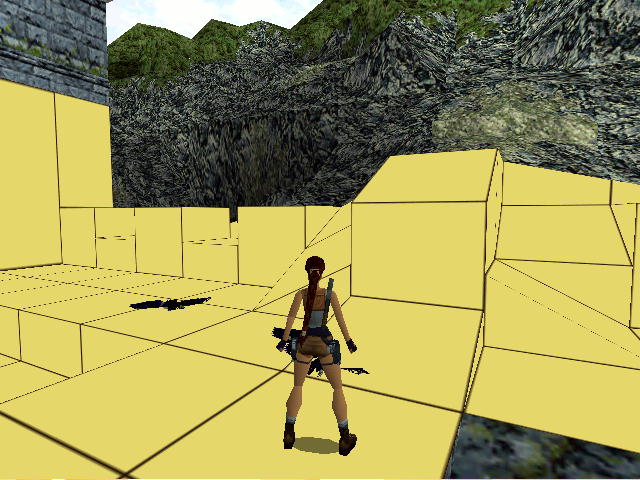 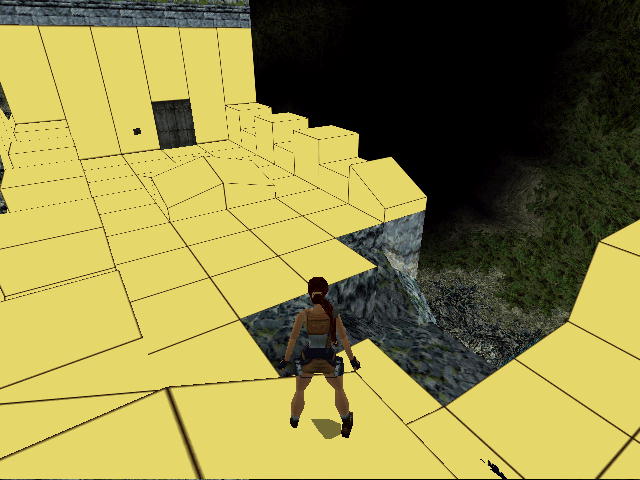 Here is a familiar name to those from the TRLE community. In 1999, Turbo Pascal announced his 'TREditor', a program that allowed players to alter TR1 and TR1 Gold levels. Prior to this, Turbo had released patches for the Gold levels and also a room viewer. The tool allowed for the extraction of a room's geometry into .dxf file, which could then be altered in 3D editing software and then using the TREditor, it would be saved back into the .phd format. This altered level would have to replace a level already in game (it had to bear the name of a level already in-game. It couldn't create standalone levels as we are now familiar with). You can view the webpage of his tester Vagrant [here], as they list the tools needed and other details.​

On 31st December, Turbo Pascal had received a boost for his work; a tip-off from an anonymous mailer in a newsgroup, who had leaked a HTML document that contained the internal details of the .TR2 file formats. It can be viewed on a website called the TRosetta Stone.

As we know now, it didn't take much longer for a Tomb Raider Level Editor to appear...

2000:
In 2000, with the release of 'Tomb Raider Chronicles', Core Design and Eidos Interactive gave out a modified version of their level editor on an extra disk with every PC copy of the game. Here is the offical news article as seen on the Tomb Raider Chronicles website.
As well as the editor, a guide, some TR4 levels and objects were given out:
And indeed they did offer out more goodies, as a gift for fans for the New Year. On Friday 12th January 2001, there were new textures - 20 TGA files - which featured textures from TR2, TR2 Golden Mask, TR3, TR3: The Lost Artefact, and TR: The Last Revelation, new WADS, TR4's 'Lost Library' & 'Guardian of Semerket' levels, plus and a variation of the CITY.WAD, and lastly some revised WAD files of the 6 originally available levels found on the TR Editor disk. At some point, TR4's 'Angkor Wat' Project and Wad Files were released too. It has been mentioned in a few interviews around the time that the developers would play some of the fan made levels, and they were impressed with the creativity of fans.
Since then, fans have gone on to create their own modified versions of the Official Tomb Raider Level Editor, as well as programs to support it, a wide selection of texture and sounds files, thousands of models for objects and Lara, and thousands of levels too. The Tomb Raider Level Editor sector of the community is just as popular as it was back when it was released in 2000, perhaps even more so, and it is truly astonishing what can be created today with the technological advances of the modified editors.

New Official Items Given Out
http://web.archive.org/web/20010902231546/http://www.tombraider.com/trchronicles/lewad.html