This page features ideas that weren't quite beta or deleted from the game but made it to concept.
Creatures
Various creatures were sketched, from wolves, yetis, polar bears and alligators, many mutated by the eitr. 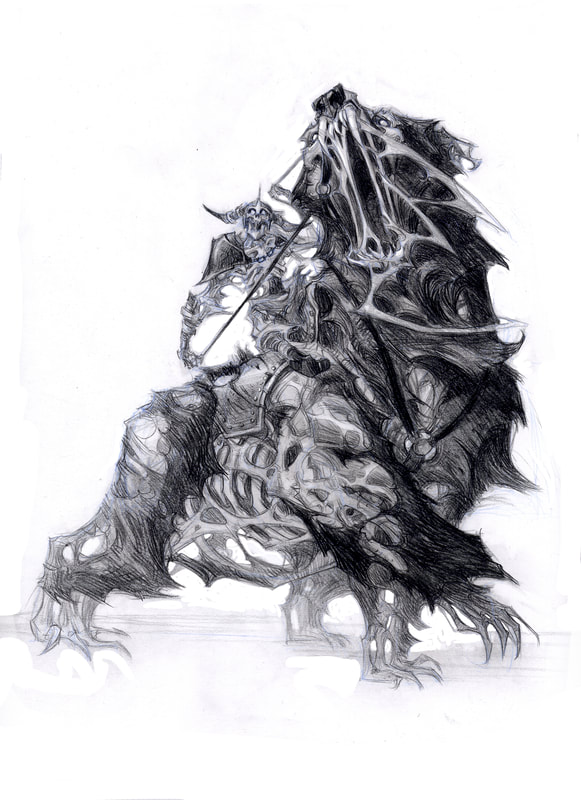 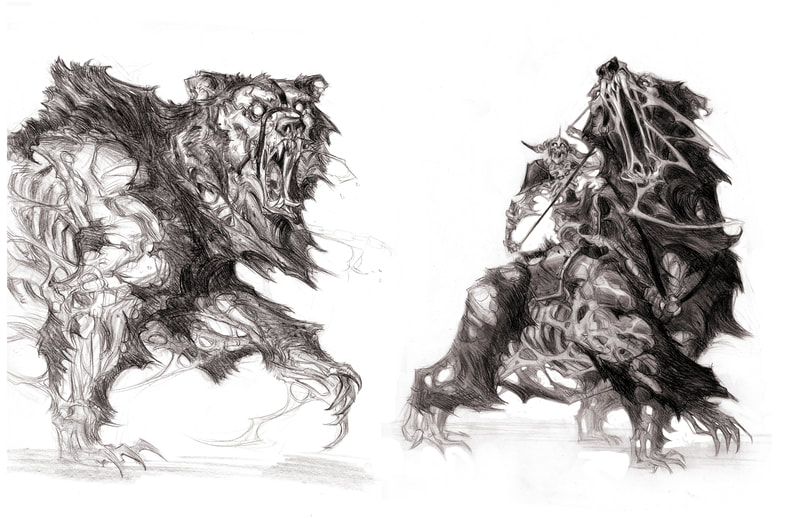 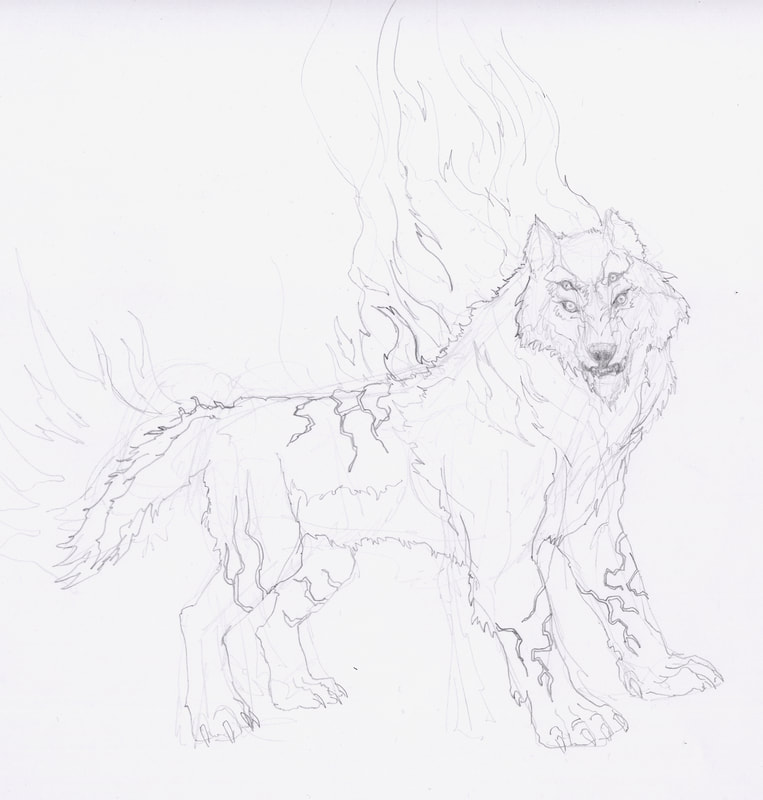 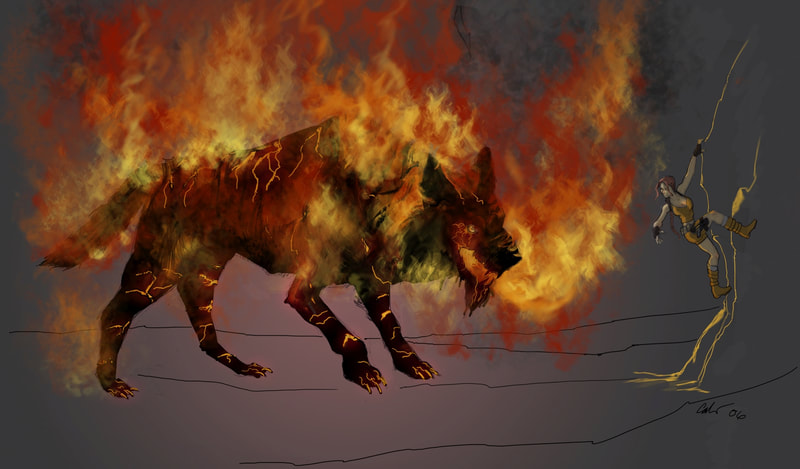 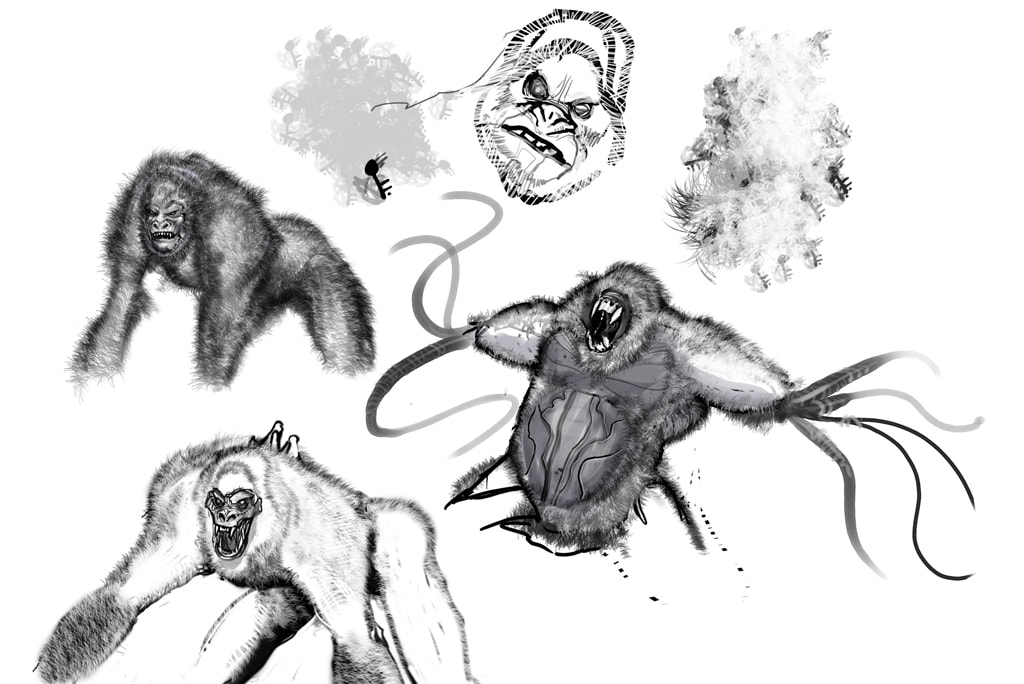 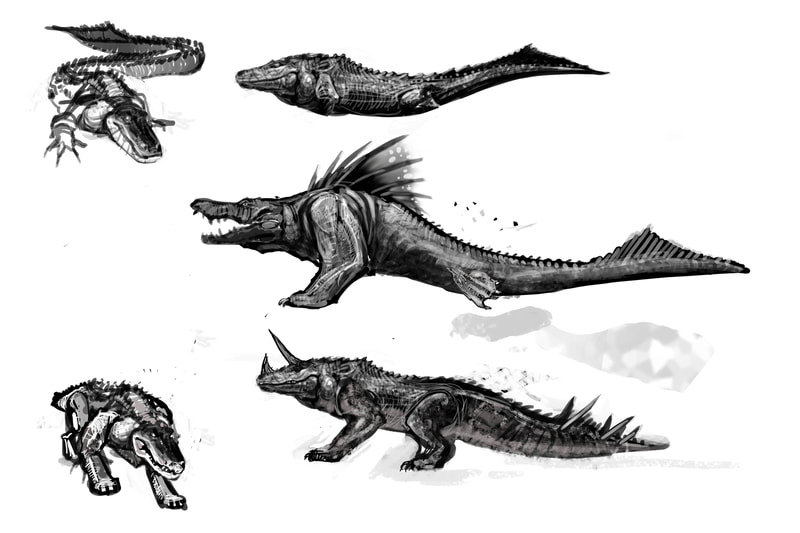 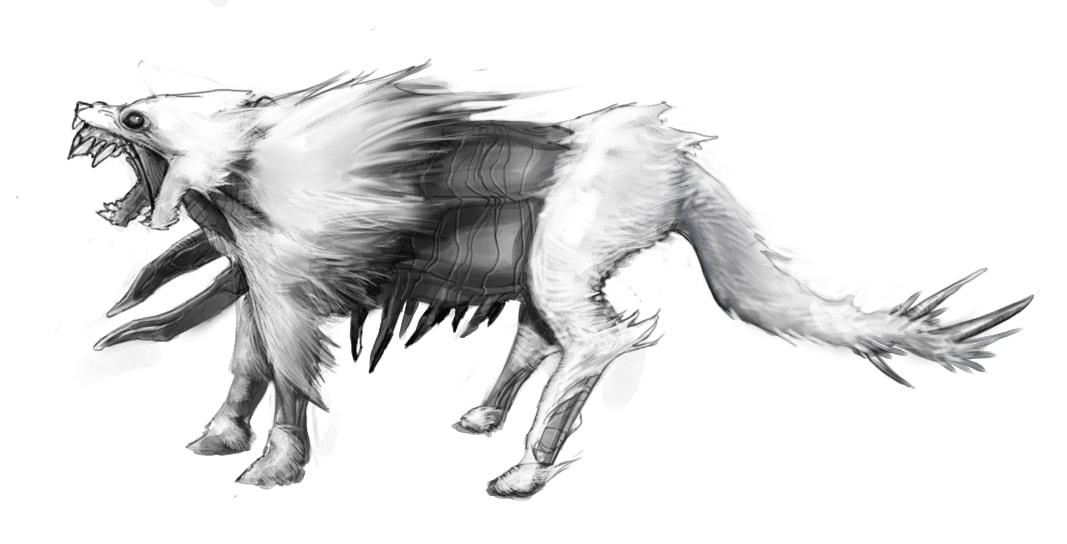 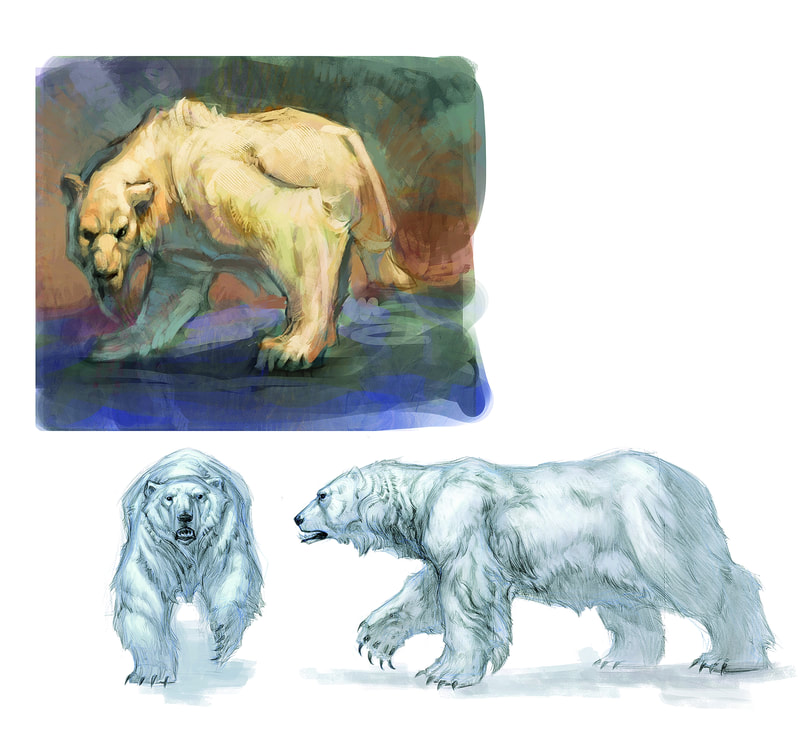 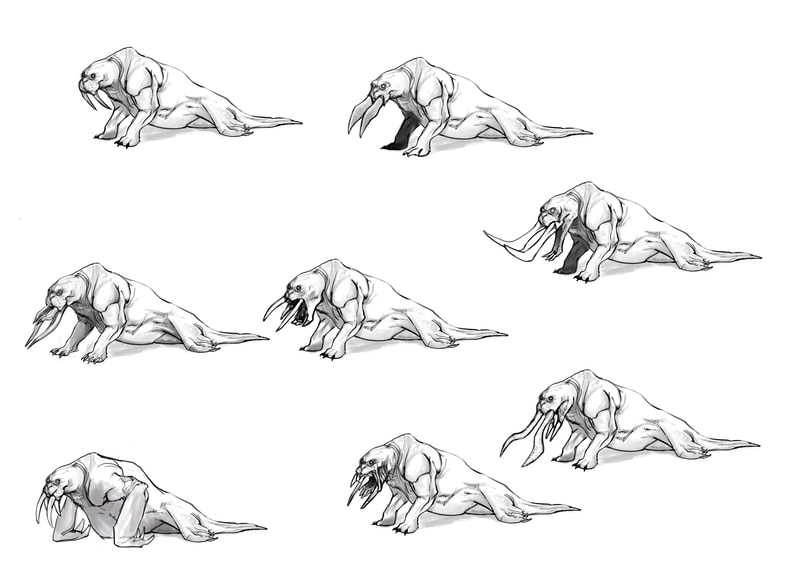 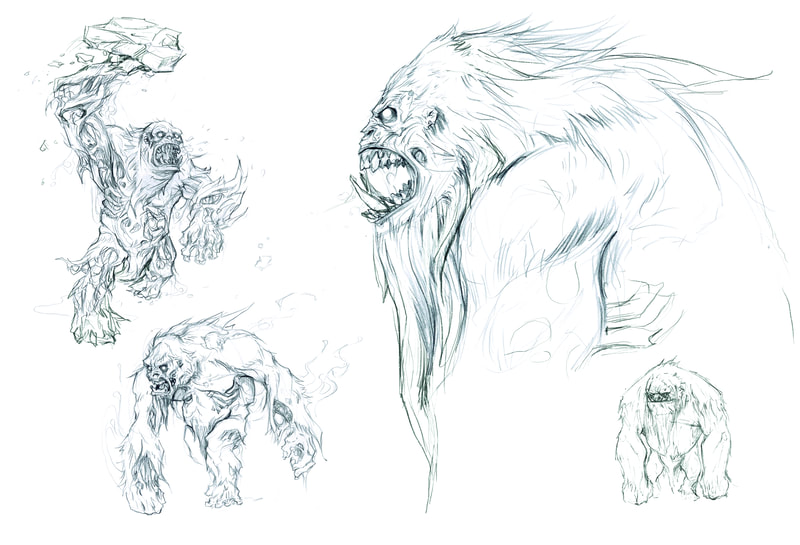 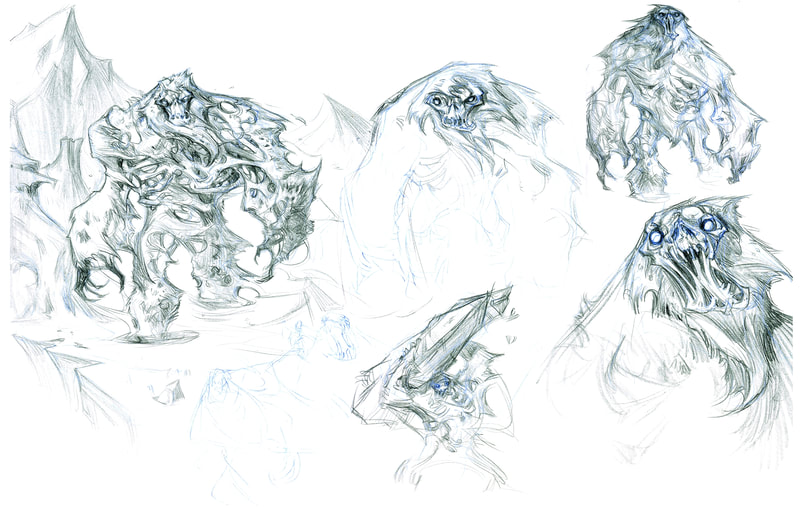 Locations
A colder climate in the Arctic was planned to put Lara's multi terrain motorcycle to the test. It would also feature polar bears. 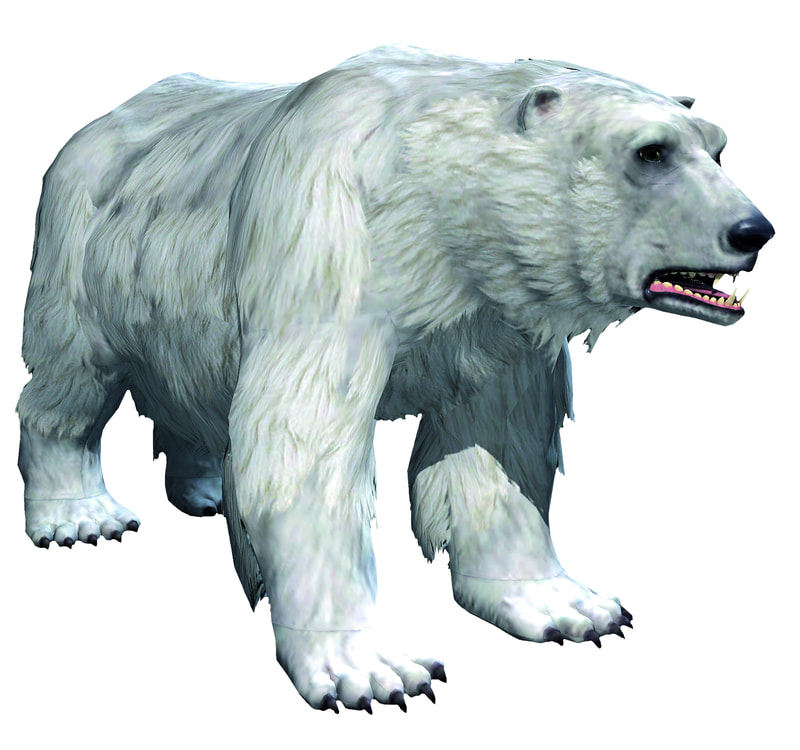 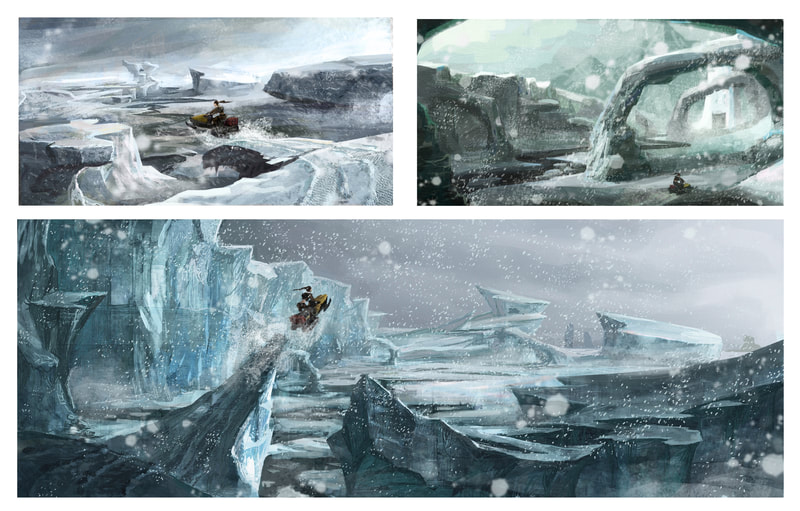 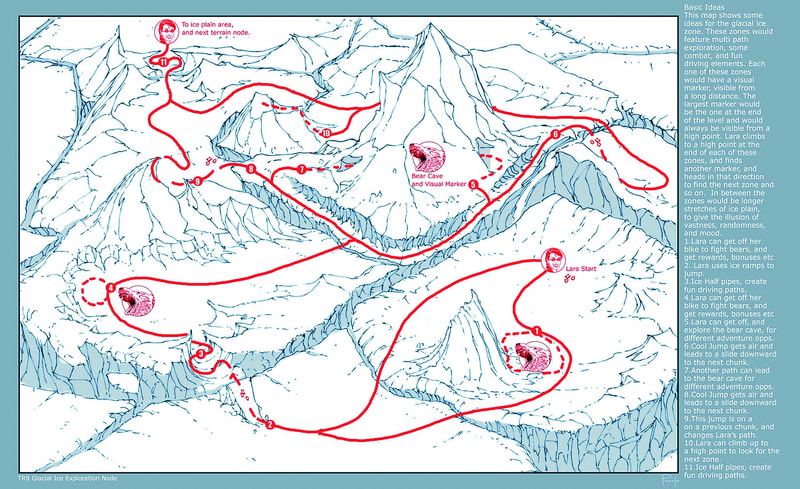 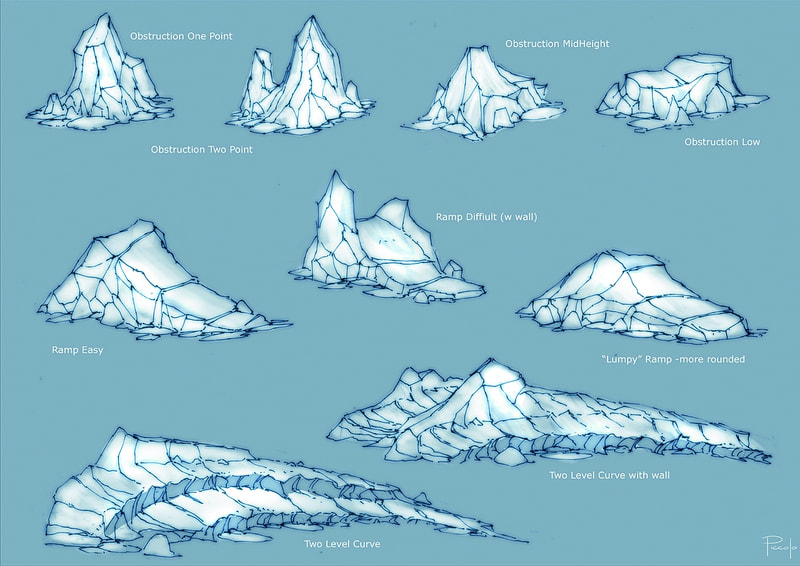 In the Piggyback Interactive walkthrough for the game, Creative Director Eric Lindstrom gave readers more details on the unused location and the functionality of the motorcycle.

"Originally the entrance to Valhalla was on Jan Mayen Island, and the sea ice that Lara blows a hole through to get into the Arctic Sea was in the same area, and within driving distance. The idea was that when you arrived at the coast of Jan Mayen, you faced a driving maze of sorts made of glacial crevasses to reach the door at the top of Valgrind - the one she drives in automatically in the final game. Then later, when Natla gave you coordinates to Helheim, you arrived at the same point on Jan Mayen Island but had a different destination and different ways to navigate the maze to reach it.

It was particularly hard to cut the drift ice section, because of how it connected two levels in an interesting way, and because it gave more meaning and play to the all-terrain bike. We also made polar bears to fight on the ice, and it was a shame to cut them too, but there was nowhere else to put them in the game. It was just too much to build for the amount of gameplay it provided, and there were other problems as well. It was hard to design an area so that people didn't feel compelled to do more exploration than was rewarded, and it was too hard to make the icy surfaces distinct enough to keep people from being lost all the time. Even we designers, who knew the map, got lost way too often.

The all-terrain bike in fact started out as a concept bike that had a street-ready half track on the back, so that the bike was part rugged motorcycle and part snowmobile, all the time. We ran through many versions of this concept, but in the end when we cut the drift ice, there was no real need to keep the half track, and we were never happy with the look of it in any incarnation.

Additionally, we originally made it possible for the handlebar assembly to detach and function as a diver propulsion vehicle (DPV). It turned out to be just too hard to handle in the underwater areas we were making, and ultimately wasn't necessary, so this was cut as well".
Characters
Possible characters include Professor Peter Eddington and his niece Jessica, and James Rutland Snr. 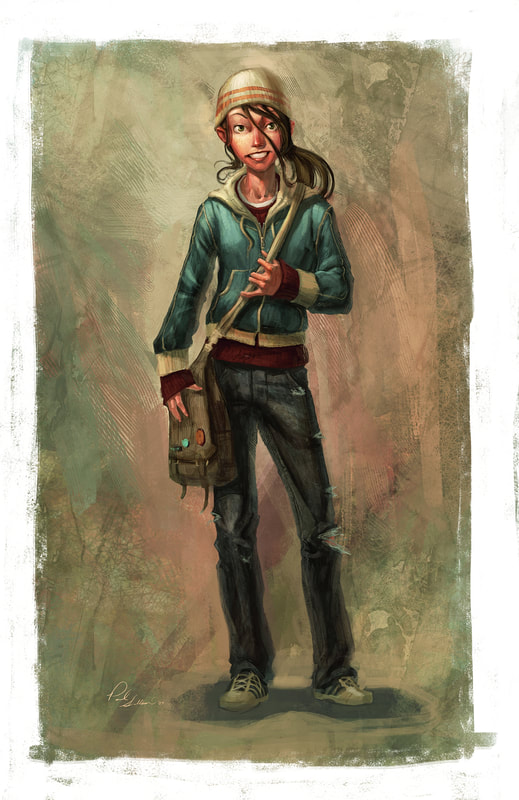 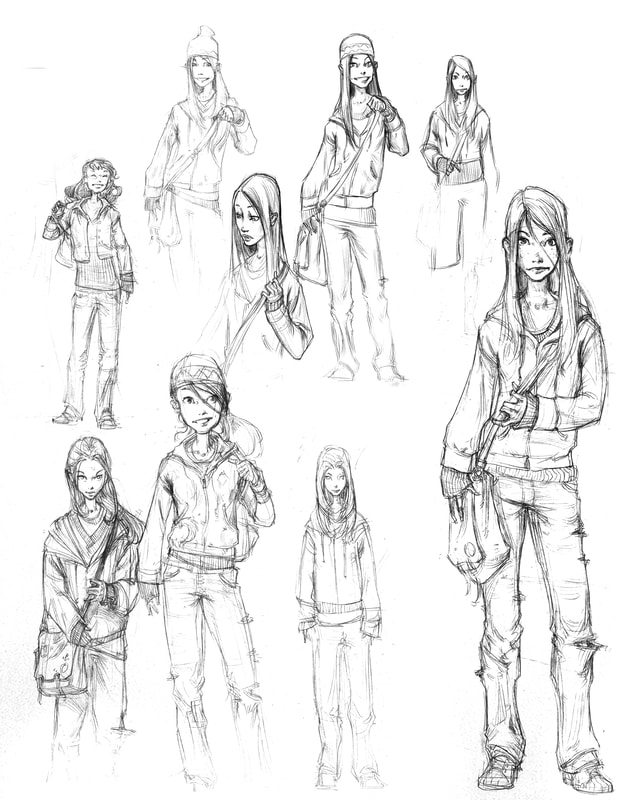 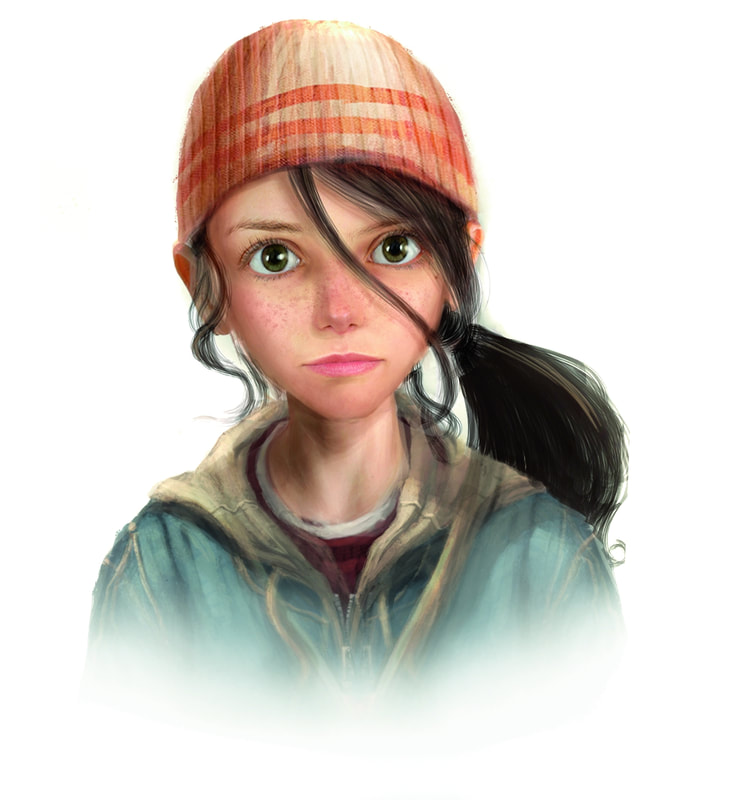 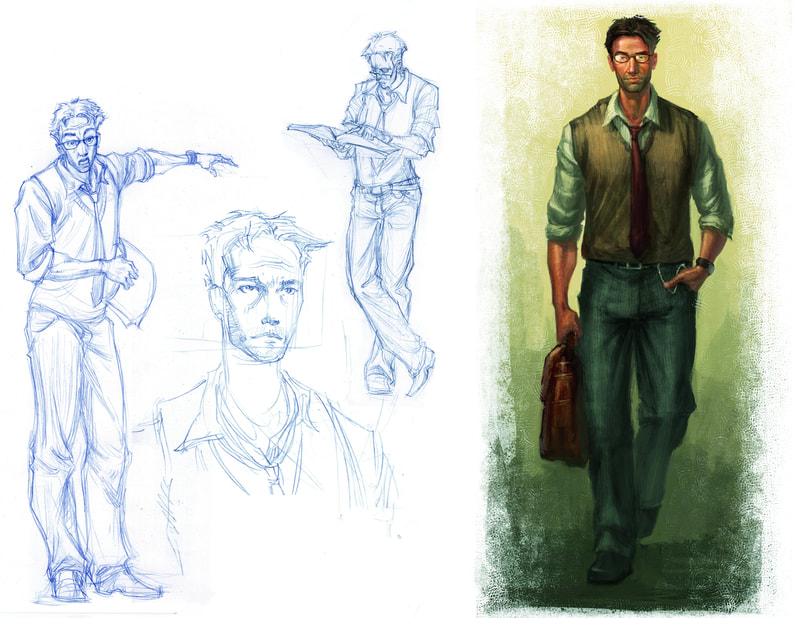 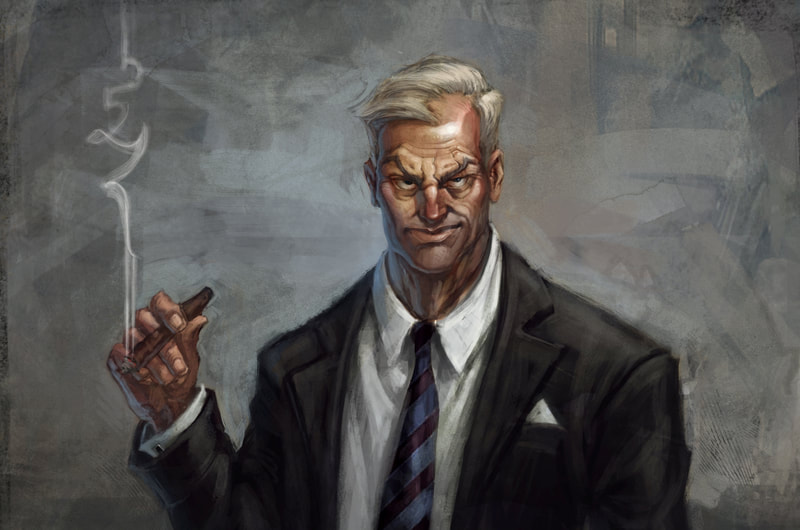 "​Just like the rest of the game, the story evolved throughout the pre-production. In the first version, as a bridge to Tomb Raider: Legend, we had Professor Peter Eddington in the story as a character. Rather than being the same age as Lara's father, we made him in his mid-thirties, and we gave him a niece, Jessica, whom he was caring for after the death of her parents. We also had an additional artifact, the Eye of Odin, which resembled an articulated metal snake that wraps around your neck and head and had various powers. We wanted this artifact to attack Jessica and possess her, and the problem of freeing the artifact from the girl would be part of Lara's journey, and what brings her to the Arctic at the end.

We cut these elements from the story primarily because it was overly complicated, and we simplified the story by keeping the motivations attached to Natla's plan and the associated involvements of Amanda and Lara's Doppelganger. This also saved us the trouble of steering away any misconceptions that Lara and Peter had a relationship, and also the burden of having a little girl character in the game not come off as annoying. This is possible, given the right voice actress, but it was a relief to make the story more concise and appropriate to the pace of the game.

Because these cuts were made in pre-production, we had already concepted both Peter Eddington and Jessica, and that's what you see here."

Eric Lindstrom, Creative Director (from the Tomb Raider: Underworld Strategy Guide)
Artefacts
The Eye of Odin, planned to be worn upon the head and around the neck, with various powers. 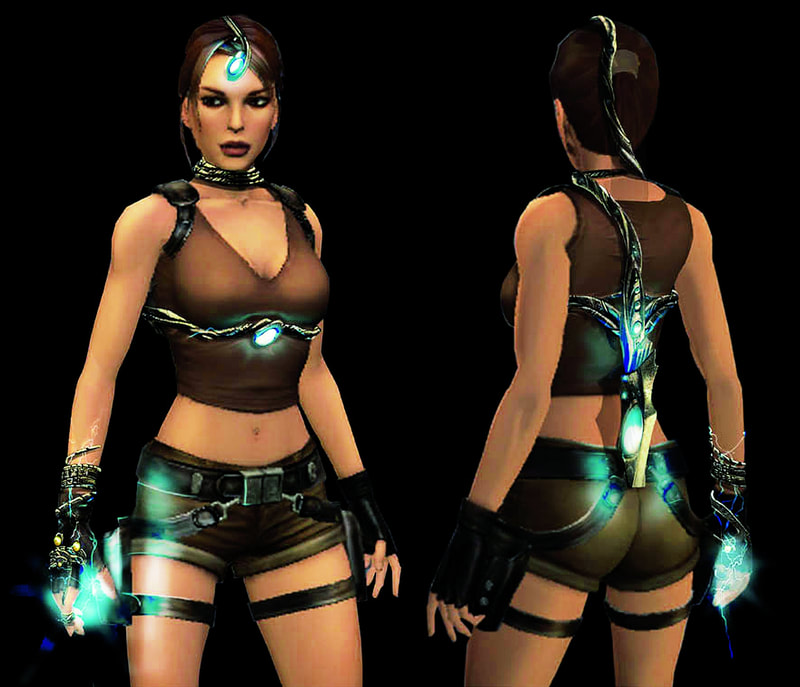 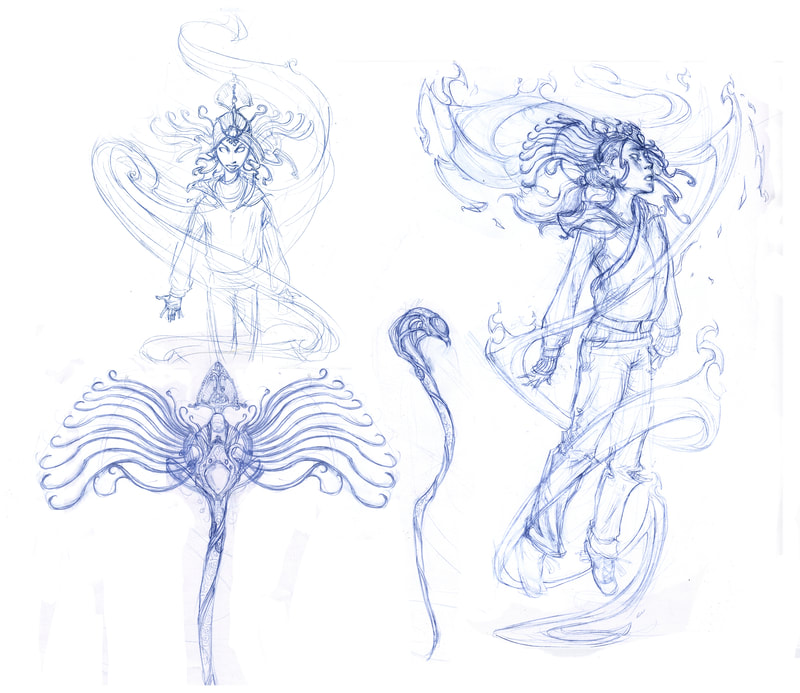